2021 World Malaria Report: As progress slows down, new tools are vital for a malaria-free world

The World Health Organization has just released its annual World Malaria Report, emphasizing the need for continued action to meet global malaria targets. While there were severe disruptions to service because of the pandemic, the situation could have been far worse. Early WHO projections were likely averted because many countries took proactive measures to reinforce their malaria control programs.

Although the worst-case scenario projected by WHO was avoided during the pandemic, progress has been disrupted, leading to an unfortunate increase in cases and deaths. High-burden geographies such as sub-Saharan Africa remain at particularly high risk. In the newly released document, WHO recognizes that innovative approaches and intensified efforts aided by new tools are crucial to meet the targets outlined in the Global technical strategy for malaria 2016-2030 (GTS). 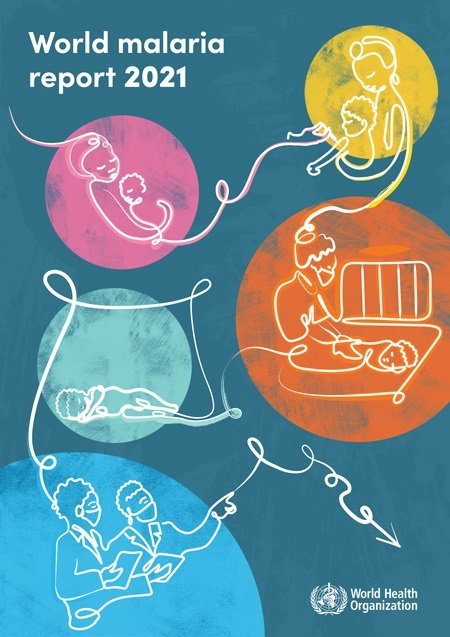 WHO adopts a new methodology

In this year’s report, WHO applied a new statistical method to calculate the number of malaria deaths among children under 5 years of age since 2000, providing more precise cause-of-death estimates. The application of this new methodology in 32 sub-Saharan African countries showed even higher estimates of malaria related deaths in children under the age of 5 across all years since 2000 than were previously reported. One example provided shows that on the application of the new methodology there was an increase of more than 35% in global malaria-related deaths in 2019 than what was originally reported. This further emphasizes an increasing need for new, innovative control tools, and support for improvements to the implementation of existing methods.

The publication indicates that many countries with a low malaria burden are advancing steadily towards the goal of malaria elimination. This is good news. Since 2000, 23 countries have reached 3 consecutive years of zero cases of malaria and 12 countries have been certified malaria-free by the WHO. Two of them, El Salvador and China, achieved certification during the pandemic. The six Greater Mekong Subregion countries continue to make excellent progress towards the goal of elimination.

However, despite these successes, overall global progress has stalled. Of the 93 malaria-endemic countries and territories in 2015, 32 recorded an increase in cases, and 24 registered a higher mortality rate. High burden countries are suffering substantial setbacks: in 2020, the WHO African region accounted for 95% of cases and 96% of deaths globally, a 12% increase over the previous year. About 80% of all deaths in the African region affect children under the age of 5, and 11 African countries shoulder 70% of the global malaria burden.

Of great importance is the recognition that even moderate disruptions in health services within high burden countries can have a profound impact. It is critical that implementation strategies for prevention, diagnosis, and treatment be evaluated, strengthened, and supported to prevent further reduction in progress. Without immediate and accelerated action, key targets of the WHO Global technical strategy for malaria will be missed. To meet the proposed 90% reduction in global malaria incidence and mortality rates by 2030, new tools and a more efficient implementation of existing ones are necessary.

This is not the first time the World Malaria Report illuminates the importance of adding new approaches to the malaria toolbox. The 2020 edition of the document, released last December, also highlighted the need for innovation to advance progress against the disease. In conjunction with existing methods, gene drive technologies could represent a cost-effective, sustainable, and long-term solution for malaria control, advancing progress and contributing to the goal of malaria eradication.

Full consideration of the benefits of novel technologies like gene drive should be weighed against the potential risks. It will become increasingly important for stakeholders in high burden countries to be actively involved in these conversations and engage in the co-development of new technologies and strategies for malaria elimination.

Access the World Malaria Report 2021 in full for deeper insights.