When alien species are introduced to a new location, they often bring with them new illnesses that were previously not present in the area. Pathogen overflow doesn’t just take place in areas where alien species are well established but can also happen in locations where these species’ presence in the environment is only temporary. Although we know that alien plant and animal hosts play an important role as vectors of dangerous pathogens, the role of invasive alien species (IAS) as a contributing factor to disease outbreaks throughout the world has not yet fully been addressed. 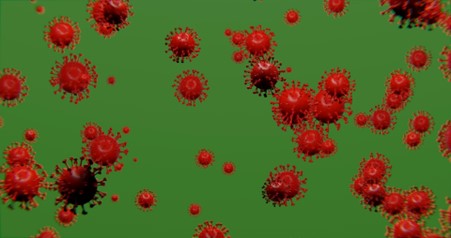 A new study published in the journal Ecological Indicators looked at illnesses and parasites carried by 118 invasive alien plant and animal species to bridge this information gap. The study involved 60 plants and 58 animals. From December 2017 to February 2018, online resources were used to gather information on infections, parasites, and vectors. Although the study considered species that are considered invasive in Europe, data was gathered not just in Europe, but also in other parts of the world, including the native range of the examined host species. The final aim of research was to determine the most prevailing pathogens and most infested hosts to help prioritize efforts to reduce the threat of disease caused by invasive alien species.

The study reported that the most common pathogen that infected plants was Xylella fastidiosa, which was discovered on seven different host species. Rabies was the most common pathogen detected in animals, with 11 hosts. The study also found that animals carry four times more pathogens than plant hosts, thus may pose a more serious threat in this respect. Finally, unintentionally introduced hosts, both plants and animals, were shown to carry more pathogens than those introduced intentionally.

Tackling invasive alien species doesn’t represent just a conservation challenge but also a public health issue. The use of gene drive approaches to control IAS is currently being investigated. If proven safe and effective, gene drives could work as a complementary tool to current interventions and help address the issue of invasive species in a more humane, scalable, and precise manner. Read more about this study in this article.