On July 22, the Outreach Network for Gene Drive Research in partnership with ISAAA’s SEAsia Center will host the fourth session of the Gene Drive Webinar Series. Register here! 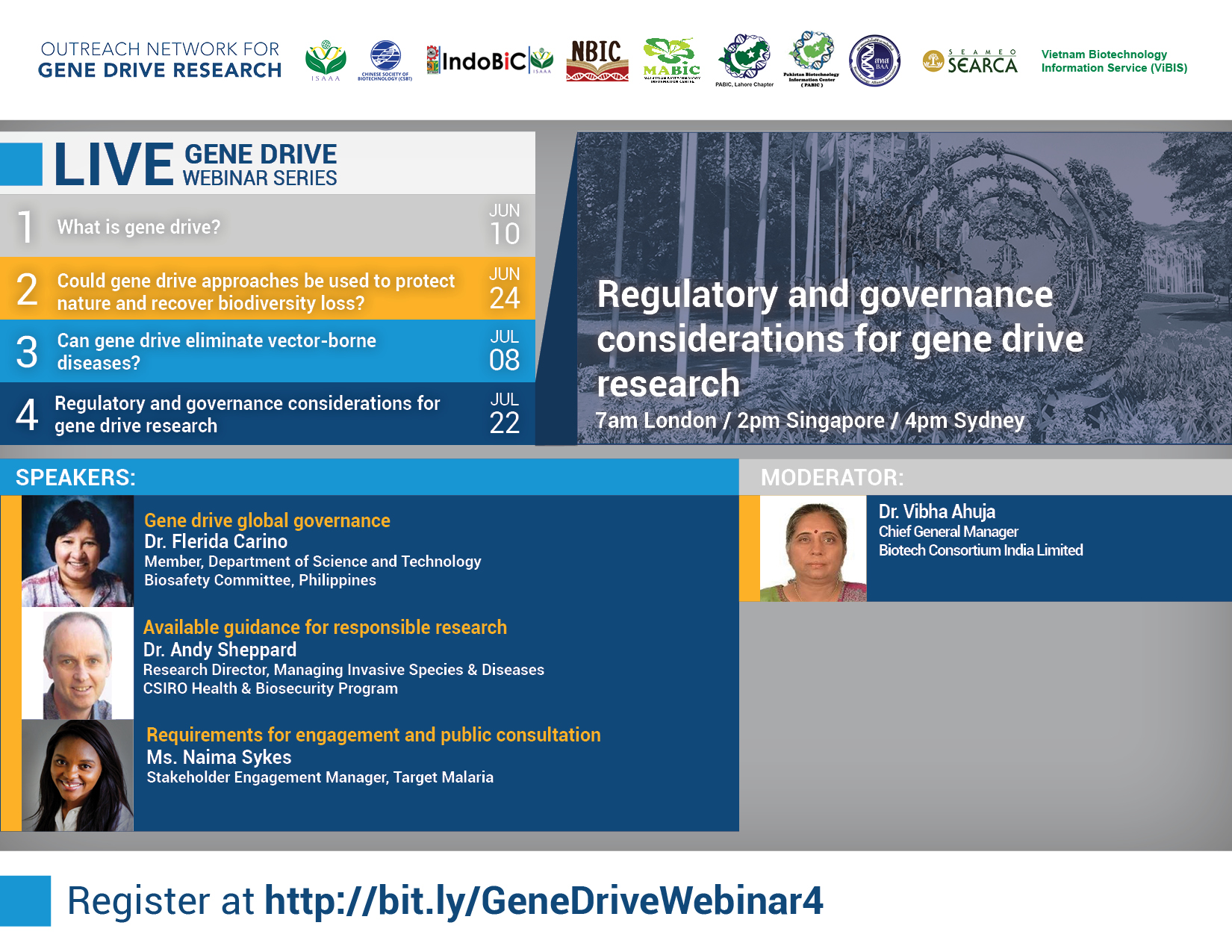 Over 8 billion people could be at risk of malaria and dengue by 2080 if greenhouse emissions continue to rise and affect global temperatures. Scientists from the London School of Hygiene & Tropical Medicine (LSHTM) predict that higher temperatures could lengthen transmission seasons by more than a month for malaria and four months for dengue in the next 50 years. Current disease control efforts such as mosquito reduction campaigns are effective but costly; hence not sustainable in low-income countries, says one of the authors of the study Felipe J Colón-González.

Gene drive webinar series - Watch what specialists have to say about gene drive and public health!

If you could not join the third panel of the Gene Drive Webinar Series, you can still watch the discussion here!

Mosquitoes are the ultimate pathogen-transmission machine

Scientists believe that the next world pandemic could be “so much worse” than COVID-19. In a recent article by the Los Angeles Times, Omar Akbari, Associate Professor at the University of California San Diego, highlighted that we could expect as many as 400 million fatalities if a new pandemic were to be transmitted by mosquitoes.

The danger mosquitoes pose is significant. The Aedes aegypti species, for example, is the vector for several viruses, including those responsible for Zika, dengue and chikungunya. Due to climate change, the species is spreading in the US and could, in the future, transmit other pathogens. Current tools are not enough to control vector-borne diseases and innovation and research are paramount, says Akbari, a supporter of gene-editing technologies for vector control.

The World Health Organization (WHO) officially declared China a malaria-free country. After registering zero indigenous malaria cases for over three consecutive years, China is now the 40th country or territory to receive the certification, following El Salvador in 2021, Argentina and Algeria in 2019, Paraguay and Uzbekistan in 2018, and Sri Lanka in 2016.