On May 22, the world comes together to celebrate International Day for Biological Diversity, an occasion to raise public awareness of the importance of biodiversity and current conservation challenges. Some geographical areas, such as islands, are more vulnerable than others to biodiversity loss. Islands are biodiversity “hot spots”, but approximately half of the 724 recorded animal extinctions in the past 4 centuries were island species. 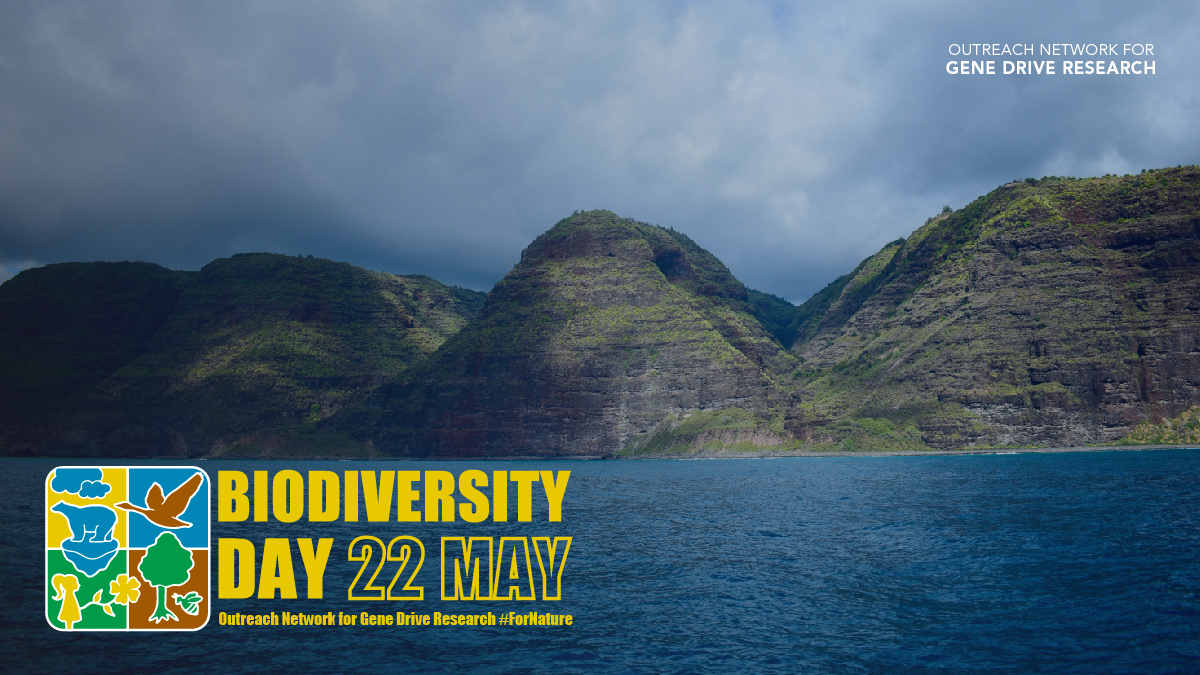 Few places on earth embody the challenges of the present biodiversity crisis as well as the efforts of conservationists working to save species in Hawaii. Hawaii, the world’s most remote archipelago, was once home to hundreds of unique species found nowhere else on earth, perhaps most famous are Hawaii’s endemic birds. Since the arrival of humans, 75% of the islands’ unique bird species have gone extinct due to unregulated harvest, habitat loss, and the introduction of invasive species and diseases. Conservationists have been working hard to save species, with amazing success stories like that of the Hawaiian Nene, but nearly a dozen species have gone extinct in recent decades before the eyes of the people trying to save them.

Rapid human-driven climate change is exacerbating these threats and creating new challenges. For the honeycreepers, a group of small passerine birds, climate change means that invasive mosquitoes that transmit avian malaria and pox can live at higher elevations and have longer breeding seasons every year. This rapid expansion of the mosquitoes is rendering conventional conservation measures completely ineffective. The case in point: the restoration of the Maui parrotbill (kiwikiu).

In recent years conservationists worked to restore suitable habitat to reintroduce kiwikius to what had been deemed a mosquito-free refuge within their former range. But when the time came to translocate birds to the habitat, almost all of them died, falling victim to disease. In the time it took to restore the habitat and plan the intervention the climate warmed, and the mosquitoes moved in.

There are only a few viable options to save Hawaii’s susceptible honeycreepers, and they rely on developing and embracing new innovative biotechnology solutions. Biotechnology offers potential pathways to eliminate mosquitoes without the use of pesticides, sparing Hawaii’s endemic insects from harm. Biotechnology may also be able to provide Hawaii’s birds with genetic resistance to malaria and pox. However, the research to create these new solutions will take time - time that Hawaii’s birds do not have.

Of the surviving 39 bird species, all but 4 are endangered. It is expected that at least 3-4 species will go extinct in the wild in the next 5 years - and if successful breeding programs cannot be established, these species could be lost entirely. But, if the right action is taken now, there is hope for future restoration. This hope also lies in biotechnology - the science of cryopreservation (aka biobanking) and reproductive technologies (like artificial insemination, in vitro fertilization, cloning, etc.).

In 2020, in partnership with San Diego Zoo wildlife Alliance, ViaGen Pets & Equine, and U.S. Fish & Wildlife Service, Revive & Restore showed the abilities of biobanking and reproductive technologies for two endangered species: the Przewalski's horse and black-footed ferret. These two species dwindled to just a few individuals when they were captured, brought into the safety of zoos, and saved through decades of conservation breeding and reintroductions. Today there are over 600 black-footed ferrets and 2,000 Przewalski's horses, all descended from just 7 and 12 individuals respectively.

They are on a positive trajectory for recovery, but low genetic diversity presents potential challenges long-term. To help increase genetic diversity, researchers reached back in time to recover individuals with unique alleles. Vials of cells frozen for over 30-40 years were taken out of the San Diego Frozen Zoo, thawed, and through cloning technology gave rise to the two most genetically valuable animals for their species: Kurt the Przewalski’s horse and Elizabeth Ann the black-footed ferret. Continued research, breeding efforts, and cloning are in progress to ensure that the valuable genetics of those cell lines restores genetic diversity to these species, thereby improving the outlook for viable recovery. These amazing stories show the value of biobanking diversity now so that it can be restored in the future. Time may be short for many species today, like ‘akikiki and ‘akeke’e honeycreepers, but biobanking today can give them hope for the future.

In June, countries will be meeting in Nairobi for the fourth round of negotiations of the Post-2020 Global Biodiversity Framework, which will shape biodiversity policies and actions for the coming decades. Policymakers have the chance to create an environment that allows science and technology to contribute to conservation efforts in a safe manner. If we are to properly address the current conservation crisis, we must remember that science is not only a tool for monitoring, but it may also be part of the solution.

Innovation gives us good reason to hope. Conservationists have shown that restoration can work - all over the world species have been saved from the brink of extinction and restored to former ranges. Entire habitats have been built back from the ground up - reclaiming farmland and mineral excavations as wetlands, grasslands, and forests now rich with wildlife. With the right investments and new research today, conservationists will be able to save as much as can be saved in the present and restore what we are losing in the future when it is safe and possible to do so.