Highlights of 2021 in the field of gene drive research

A new year marks a new beginning. With the start of 2022, we look back on the accomplishments of the year gone by and look forward to the promise of the new one. For the Outreach Network for Gene Drive Research, 2021 kicked off in earnest with the addition of a new member, the Akbari Lab. Two further members - Advanced Conservation Strategies and Conservation X Labs – closely followed, making this a year of growth for the Network. 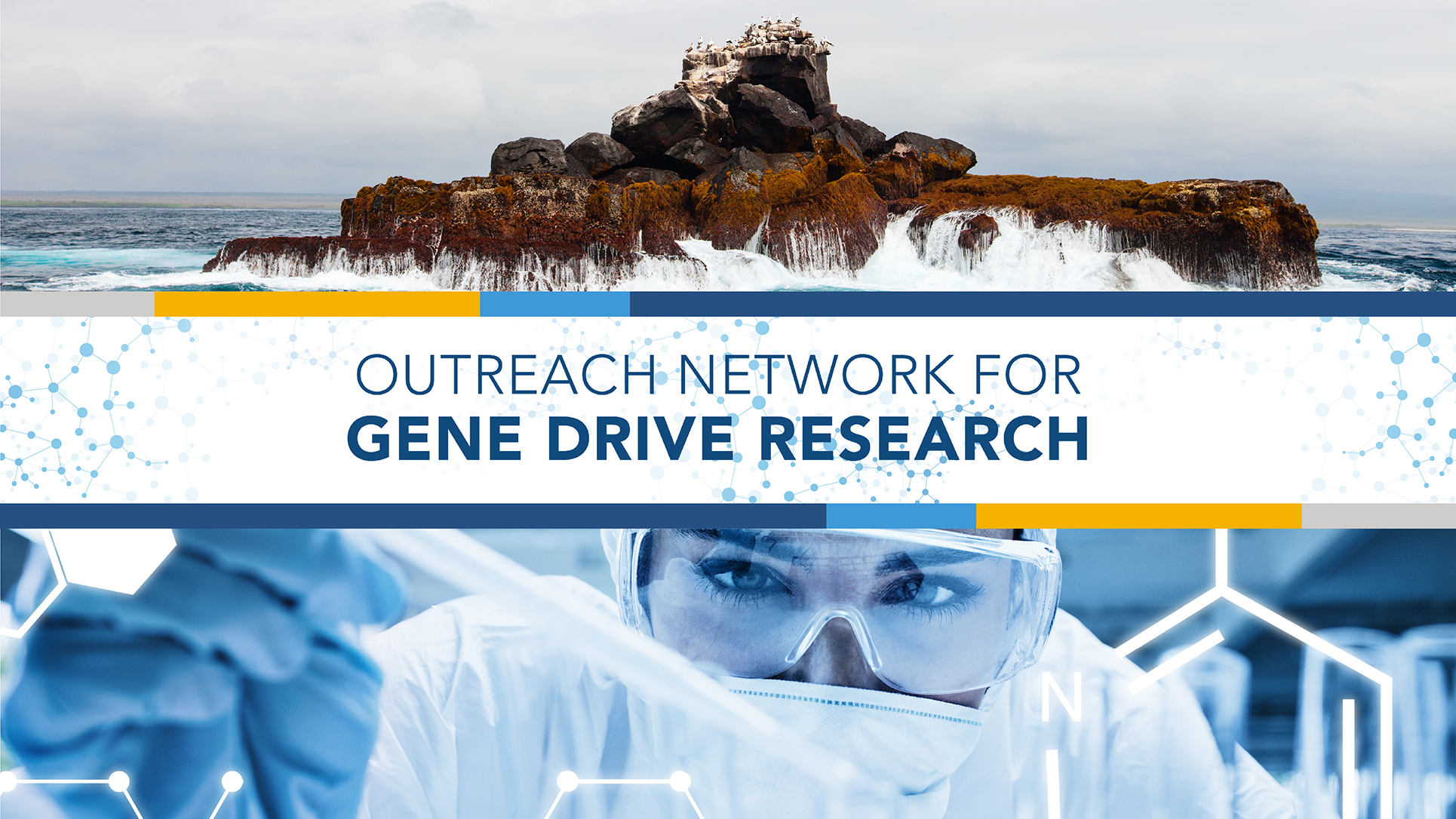 This past year was also marked by a number of new findings and successful studies in the field of gene drive research. These include the split drives system engineered by scientists at the University of California, San Diego (UCSD), allowing for a higher degree of control over potential gene drive releases. Researchers at The Pirbright Institute also successfully edited the genes of the southern house mosquito, the insect responsible for the transmission of avian malaria and West Nile virus. This technique could be applied to reduce this vector’s population or make it unable to transmit the disease in the future.

The University of California Irvine Malaria Institute (UCIMI) and partners unveiled the detailed reference genome of the Asian malaria vector Anopheles stephensi, including more than 3,000 genes that had previously evaded scrutiny. Scientists believe that the discovery could accelerate the development of genetic tools to control malaria. Led by the Akbari Lab, researchers developed a gene drive with a built-in genetic barrier and engineered synthetic fly species that could be contained locally or reversed. A team led by researchers from Imperial College London, Polo GGB and Liverpool School of Tropical Medicine also successfully carried out studies in large cages mimicking natural conditions, demonstrating that gene drive can control malaria mosquito populations in laboratory settings.

Then, there were international meetings, conferences and webinars. At an official TED conference hosted by TEDMonterey, Ryan Phelan, Revive & Restore, shared stories of successful genetic rescue efforts as proof that genetic tools have the power to restore earth’s biodiversity. At another TED Conference hosted by TEDxOysterbay, Dr Brian Tarimo, Ifakara Health Institute, highlighted the potential of genetically modified gene drive mosquitoes as an additional tool to control malaria.

Between the months of June and July , the Outreach Network, in partnership with ISAAA’s SEAsia Center, hosted a series of webinars on the topic of gene drive. The series aimed to help promote a productive and balanced conversation on the benefits and risks of possible gene drive applications, providing factual and accurate information to help place the discussion under the Convention on Biological Diversity (CBD) in context.

2021 was a busy year on the policy front. CBD hosted SBSTTA and SBI informal and formal meetings in the first semester of the year. Parties and observers gathered to discuss several gene drive-related topics, such as synthetic biology, risk assessment of LMOs, invasive alien species (IAS) and the Post-2020 Global Biodiversity Framework. IUCN members adopted the motion on synthetic biology, which includes gene drive technology. Language on a gene drive moratorium was excluded from the final text and the motion calls for IUCN to remain neutral on synthetic biology until the organisation adopts a policy at its next Congress in 2024.The Third Meeting of the Open-Ended Working Group (OEWG3) on the Post-2020 Global Biodiversity Framework (GBF) also took place from August 23 to September 3, 2021. Countries and other relevant stakeholders gathered virtually to discuss goals and targets aimed at setting ambitions and guiding biodiversity policies and action for the coming decades. The final text will be adopted at the CBD Convention of Parties (COP-15) in Kunming, China this year.

In October, the leaders of over 100 countries adopted the Kunming Declaration, calling for an "urgent and integrated" action on biodiversity. The document is the outcome of the High-Level Segment of CBD COP-15 Part 1 – 15th meeting of the Conference of the Parties to the Convention on Biological Diversity – that took place in China on October 11-15. Although the text of the declaration recognizes the contributions of synthetic biology to environment conservation, it underestimates the importance of scientific research and innovation. We look forward to further deliberations at COP-15 Part 2 later this year.

The resumed sessions of the CBD twenty-fourth meeting of the Subsidiary Body on Scientific, Technical and Technological Advice (SBSTTA 24), the third meeting of the Subsidiary Body on Implementation (SBI 3) and the third meeting of the Open-ended Working Group on the Post-2020 Global Biodiversity Framework (WG2020-3), originally scheduled for 12-28 January 2022 are now planned to take place on 13-29 March 2022, at the International Conference Center Geneva in Geneva, Switzerland. It is hoped that the new framework will set the necessary conditions to encourage responsible research, support evidence-based decision-making and the development of new and complementary tools to conserve biodiversity.

We eagerly anticipate a fruitful 2022 in the field of gene drive research and wish everyone a happy and healthy new year.